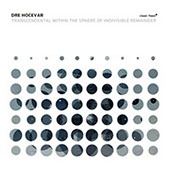 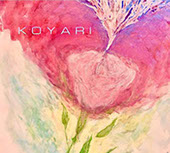 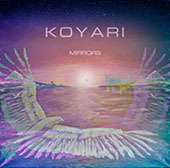 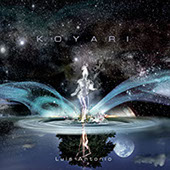 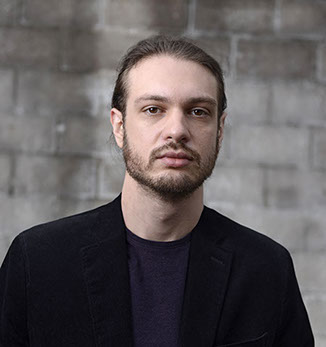 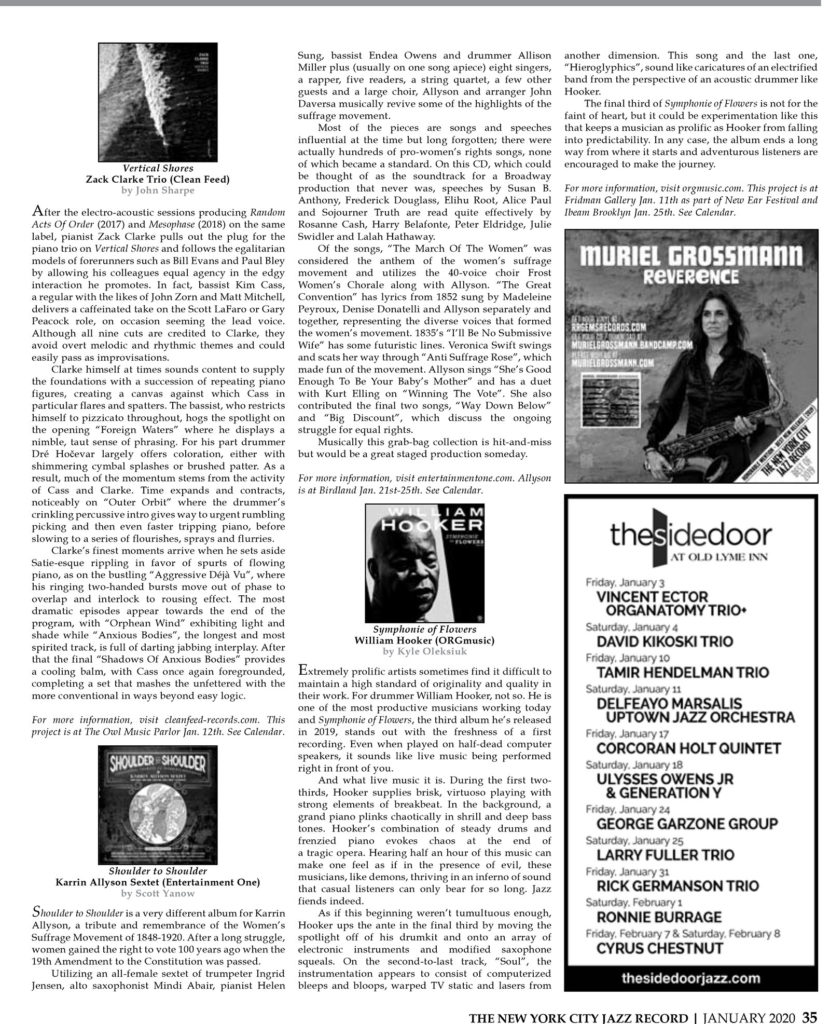 From the liner notes of Random Acts of Order —   Although the three musicians on this recording are in their 20s, the playing on this recording is mature. It isn’t burdened by unnecessary contrived complexity. Instead, it relies on the precision of listening, collective engagement, and the courage to do something different. The results are an organic form, the kind that can only come from the study of the minutiae of Free Music and the application of virtuosity put to use to open the door to more possibilities. Zack Clarke’s willingness to share the space in the performance of his music on this recording is the first indication that he is a musician who deserves to be heard, taken seriously, and respected.

These days it seems that young players in jazz and improvised (I call it all Free Music) music are expected to know everything done before they were born and to change the music in new and unexpected ways. I hear this all the time from older musicians. “Do they know the music? Do they have their own voice?” Contradictory questions. As a teacher (and for full disclosure, all three players on this recording were students of mine in some capacity, I am very proud to say) these questions are profoundly annoying and frankly ignorant. As if our children would not have the same possibilities of experiencing the adventure of creativity that we had. As if somehow they should be able to exceed what we, and our predecessors accomplished but never actually succeed at exceeding that. It’s a silly trap, made of jealousy and confusion about all of it. Fortunately young musicians know better. The best, equipped with the most talent and the tenacity comparable to every previous practitioner, carry on and navigate their way through the dense thicket of necessary knowledge and unnecessary expectation to find their own route to the great adventure offered to those willing to pursue Free Music as a creative life.

As a teacher I’ve learned to encourage, not critique, to offer reminders that my heroes did that for me whether in person or by legend, and to provide the signals toward the best quality materials—the ones that are the most fertile, expansive and inviting to those willing to risk investigating them. Zack Clarke, Henry Fraser and Dre Hocevar clearly understand this. It will be obvious to anyone on the first listen that they are immensely skilled, informed, daring, and intrepid players, who possess all the attributes needed to engage in the type of sonic adventures presented here. This music unfolds as a landscape with many points of view, or as a series of narratives, and as a set of tableaus, each with a distinct, inexplicable but rewarding quality; each track, each section, phrase, sound, interaction, and event reveals something different. They control the pacing, expression of the pulse, and contour of every melodic fragment with care and dynamism, always interacting in support of one another, carefully but deliberately sharing the roles and allowing the form to unfold.

For the record, in case anyone should ask whether he knows what he should know, Zack Clarke has studied with Fred Hersch, Jason Moran, Danilo Perez and Kenny Werner. With me he performed works by Ornette Coleman, Anthony Braxton, Eric Dolphy, Albert Ayler, Sun Ra, and Cecil Taylor. In addition to that profound body of study and earned knowledge he’s studied, performed and recorded electronic music, adding more layers of depth to the many coming from his piano. So while it’s possible to hear specific history in Zack’s playing, he never, ever attempts to make you do that. Instead he steps out, into the open sound plane, into the open plane of yet-to-be defined expression, allowing himself to make his music on his terms and allowing us, the listeners, to think for ourselves and to have a new experience.

The other players, Henry Fraser on bass and drummer Dre Hocevar have also honored the history of Free Music with focused study that included time with Cecil McBee for Henry and Michael Carvin for Dre, but like Zack, that was meant to provide a way forward, not backwards. Both are focused, busy, in-demand players in New York City and beyond. Each along with Zack, are part of a growing community of new musicians, future forward artists, all of them.

I’ve listened to this recording a few times while writing these notes. I find myself getting lost in the sound of each instrument, in the study of the emerging form, in the quality of timbres and the phrasing of each melodic statement. It has drawn me in from the first sound. At times I think it’s the care and dynamic control of the piano, the specific and often repeating melodies that recur in different places, the careful dynamic control and varied touch on the keys. At other times I think it’s the constantly changing interaction between the players, the growl of the bass and the elusive rhythms played on the cymbals, or the altered restructuring of this format delivered by the electronics and how that widens the experience of listening. Always I am aware that focusing on any one part changes the value of possibilities for all of the others. I prefer music that expects something from me, that asks me to listen carefully, that presents itself as a worthwhile puzzle, offering the reward only available in some moments of genuine reflection on elemental things. And that is what I get from this music.

Historically it has been artists who’ve made this kind of music. Here, in the immediate present, on this great recording led by Zack Clarke’s direction, beautiful work on piano and electronics, he and his colleagues, all young, deep, brave, talented artists lead the way forward.